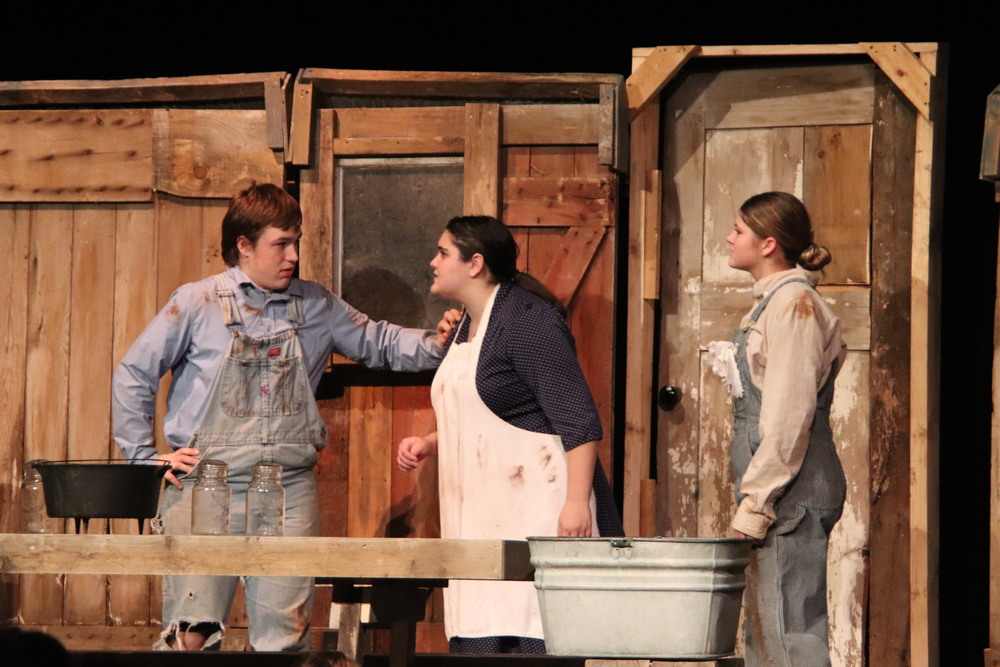 Congratulations to the cast, crew, and director of this year's One-Act play, DIRT! They performed at UW-Whitewater at the State level competition on November 18, 2022, and excelled! They received:

And State Acting Awards for Rogan Travis and Destiny Durrstein.

DIRT! was written by Mandy Conner.  "When the 1935 Dust Bowl batters the Texas Panhandle with drought, dirt, and devastation, the Loftin family is hit especially hard. Matriarch Edith already works a night job at the post office to help feed the household of ten, while her husband struggles to run their farm with an injured leg and an oldest son whose behavior grows increasingly erratic. Once the dust storms hit, not only do the Loftins suffer a devastating loss among their own, they also face the loss of their farm. Though Edith is sent reeling, she must find a way to move forward somehow. But where is hope to be found? A moment in American history sets the stage for this personal, immediate drama about finding purpose amid overwhelming disaster." (https://www.playscripts.com/pl...)